In a disturbing incident, the Mar Thoma Institute of Information Technology ordered female students taking the National Eligibility Entrance Test (NEET) to remove their underwear before entering the examination room.

The incident came to light after a contestant shared her ‘trauma’ and reported the situation to the Kollam Police Commissioner.

According to reports, the parents of the female students confirmed that the candidates were forced to take the exam in front of male proctors and other male students.which caused the girls much embarrassment and caused both mental and physical distress.

“My daughter has been preparing for the NEET exam since grade 8. We were confident that she would get a good mark on the test, but because of this problem, she couldn’t concentrate and couldn’t pass the exam properly. “, says the father of a student to ANI.

Citing National Testing Agency guidelines, the parent also pointed out that the NTA “did not mention any ban on any form of brassiere (bra) and hooks.”

“They were very uncomfortable. The guidelines issued by the NTA did not mention any ban on bras and hooks. We followed all the guidelines. But the staff did not allow them to enter the classroom without taking off their underwear, he added.

A father recounts his daughter’s ordeal:

“Is your future or your underwear important to you? Just take them off and let’s not waste our time,” the girl was informed, according to her father’s complaint to the police, as reported by NDTV.

The Marthoma Institute of Information Technology, where the incident occurred, has explicitly denied responsibility.

The girl’s parents reported the incident, according to Kollam Police Chief KB Ravi. Additionally, they allege that some girls were made to remove their underwear, which was then left lying around in a storage room.

“After a security check, my daughter was told that the metal detector had detected the hook on the underwear, so she was asked to remove it. Almost 90% of the students had to remove their underwear and keep them in a storage room. Candidates were mentally disturbed during the exam,” said the girl’s father.

In his letter to the police, he said his daughter witnessed a “room full of underwear” and many girls were crying and feeling “mentally tortured”.

Many students, he writes, “cut their hooks” and tied them. “The mental state of these children was disturbed, and they could not comfortably attend the examination (sic)”,

Clearing the NEET security check is a big hurdle for thousands of medical aspirants. Applicants must adhere to a tight dress code that prohibits wearing high heels, wallets, purses, belts, hats, jewelry, and other accessories. 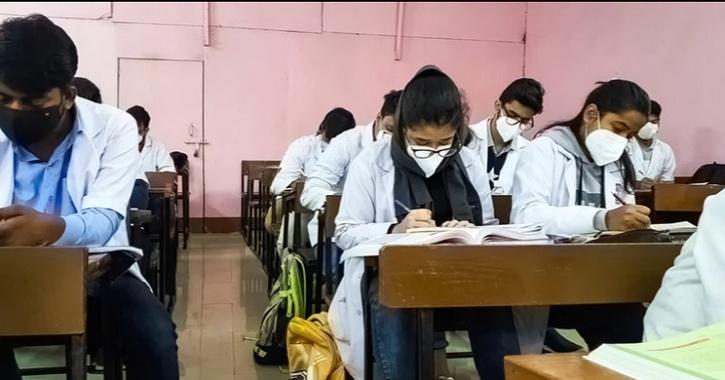 The Kollam case appears to be a case of unnecessary restrictions. The state Women’s Commission filed a suo moto complaint regarding the incident.

According to reports, the number of complaints about the incident continues to rise.

Roads that can Produce Music in the Most Interesting Way