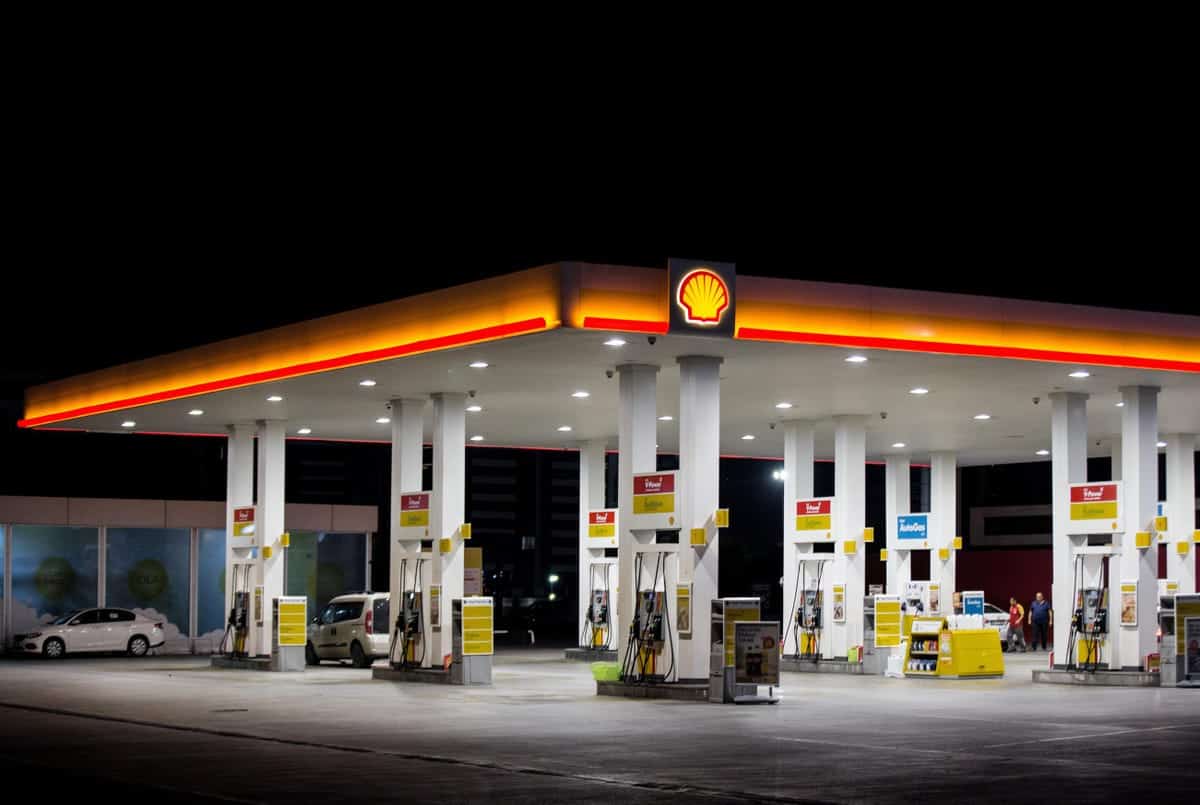 Gas prices are on the rise, with a meteoric rise in 2022 so far, and we all want to find cheap gas. From around $2-3 in early 2022, depending on where you live in the US, to well over $5 in many areas. It costs you over $100 just to fill your tank. As of this writing, the national average for a gallon of gas is $4.92, and it shows no signs of stopping.

With summer travel coming, gasoline prices will continue to rise. So we’re here to help you save money on your gas tank. Thanks to a handful of apps on Android (and iOS), you can save money on gas this summer and move on. And who wouldn’t appreciate that?

Google Maps has a bunch of cool features

Google Maps has a few tricks that can help you save money on gas. First, you can tap the “Gas” icon at the top of the page and view gas stations around you, along with their prices. Unfortunately, you can’t sort this list by cheapest or by location. But you can see the prices, which is good. These prices are updated through the Google My Business feature set and updated automatically, as long as the gas station uses Google My Business. 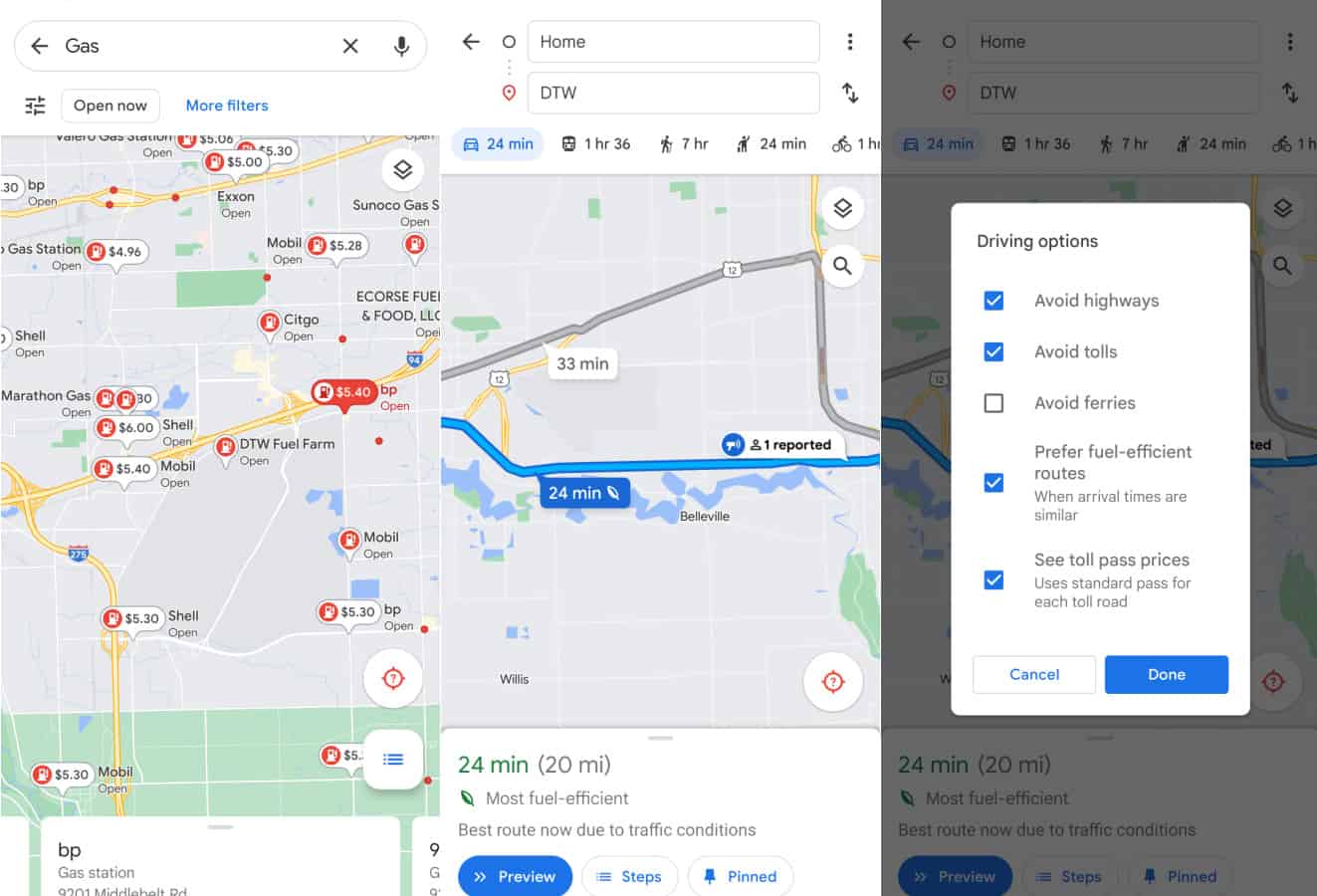 Second, Google Maps also has the “most fuel-efficient route” feature. Which will show you a few different routes you can take to get to your destination, as well as a most fuel-efficient route. It may take a few minutes longer, but will generally involve fewer turns and will avoid the freeway. Since the freeway isn’t very fuel efficient, sticking to side roads means you’ll get more miles per gallon.

There are a few other features of Google Maps, which are not necessarily related to saving money on gas, but to the time of saving money. Search for routes without tolls. Many states have toll roads, and they can get quite expensive, especially when traveling by car. But Google Maps can help you avoid them. Google Maps can also help you find public transport to get you from point A to point B. Although it may take longer, it will save you money.

Gasbuddy is one of the most popular apps for finding cheap gas. It’s been around for over a decade and will show you the cheapest gas in your area. Which you can sort by price and distance from you. It also includes gas prices from Costco and Sam’s Club, which Google Maps usually doesn’t. In addition to this, Gasbuddy also offers cashback offers when you spend money on everyday purchases with the Gasbuddy card. There are paid subscriptions that promise up to $0.40 off per gallon of gas with Gasbuddy. Which, if you travel a lot, might be the way to go.

Another way to save money on gas is to become a Costco or Sam’s Club member. Costco memberships start at $60 and Sam’s Club at $45. Although Sam’s Club usually has some sort of deal going on where membership is nearly free. Both plans offer two cards, so you can split the cost with someone else, making it even cheaper. 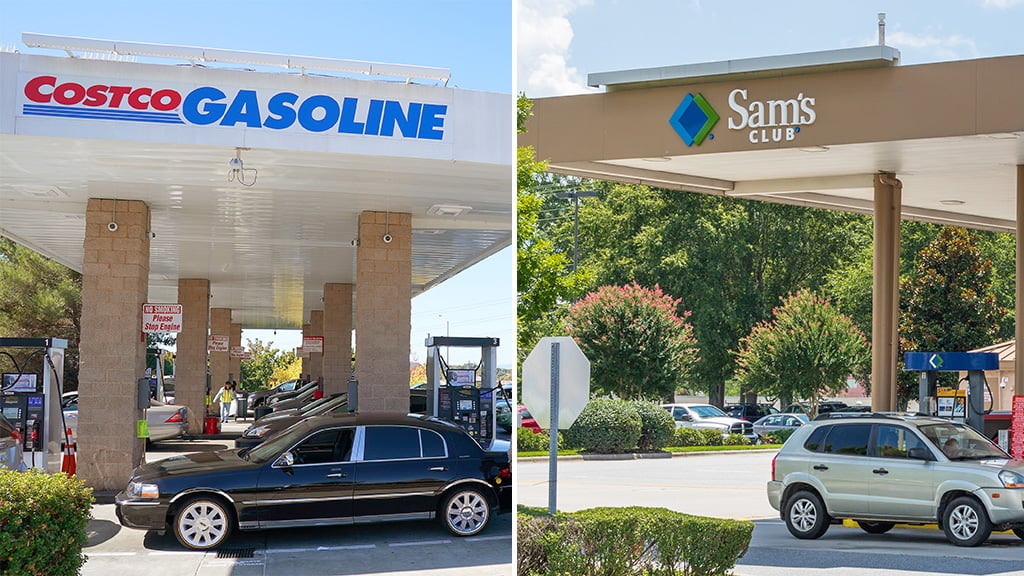 Gas at Costco and Sam’s Club can sometimes cost up to $0.50 less per gallon than nearby gas stations. With the average car having a gas tank size between 13 and 16 gallons, that’s about $6 to $8 in savings every time you fill up. Make membership pay for itself fairly quickly. Don’t forget you can also use it in store and save on all sorts of other things. Including Costco Pizza which is amazing value – an 18 inch pizza for under $10, even with rapid inflation right now.

You can sign up for Costco here and Sam’s Club here.

The best day to buy gasoline

As with anything else, there’s a better day to get cheap gas. It is normally on Mondays, the second cheapest being on Sundays. But whatever you do, don’t buy gasoline on Wednesdays or Thursdays, these are usually the most expensive days. These data come from a Gasbuddy survey. 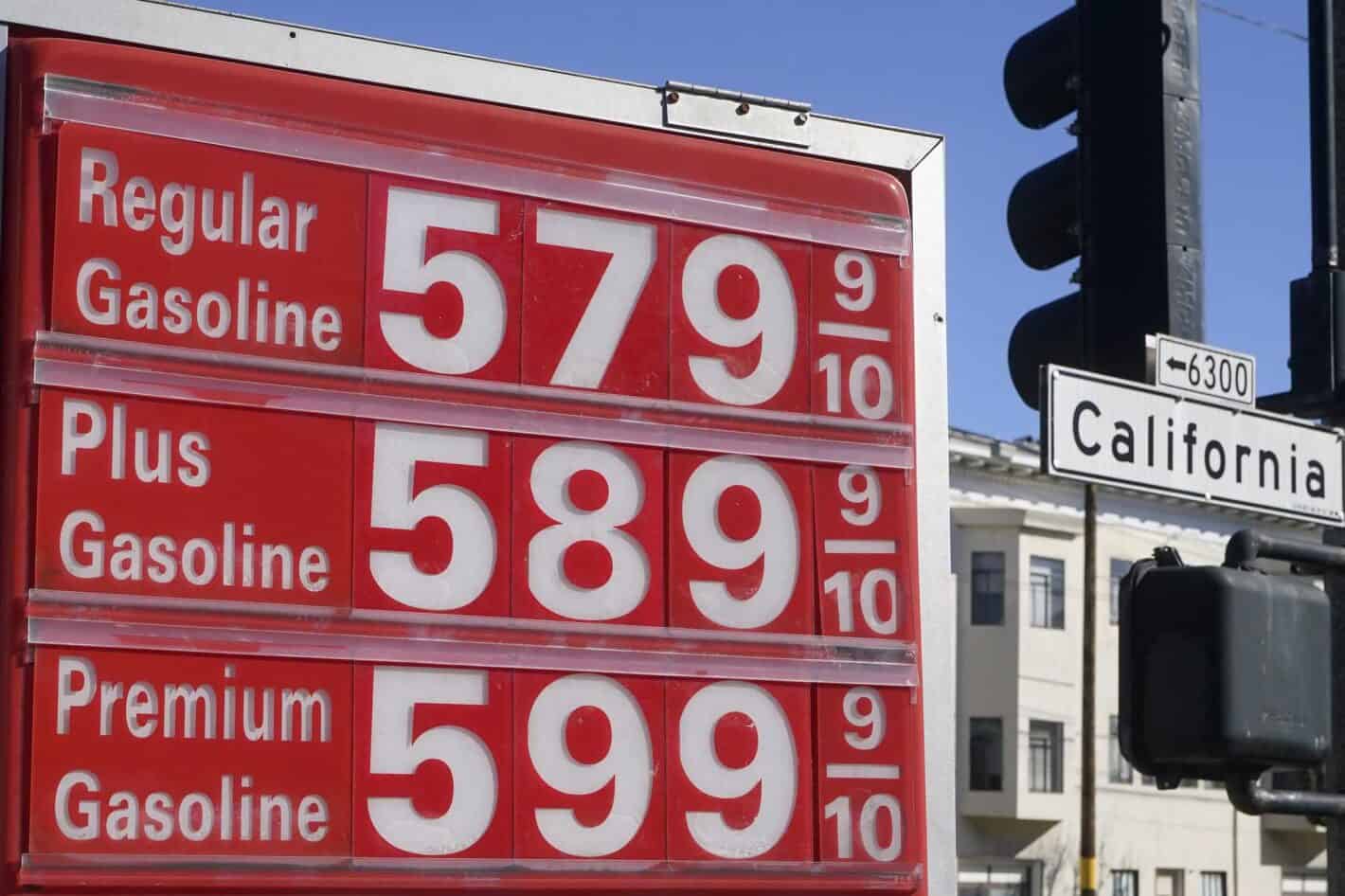 This is similar to how Wednesdays are the best days to fly, compared to Friday-Monday.

It’s not an option for everyone, not only because electric vehicles aren’t that cheap, but also because the used car market is crazy right now. But if the situation is right for you and you’re looking for a new car, you might want to jump into that EV life. 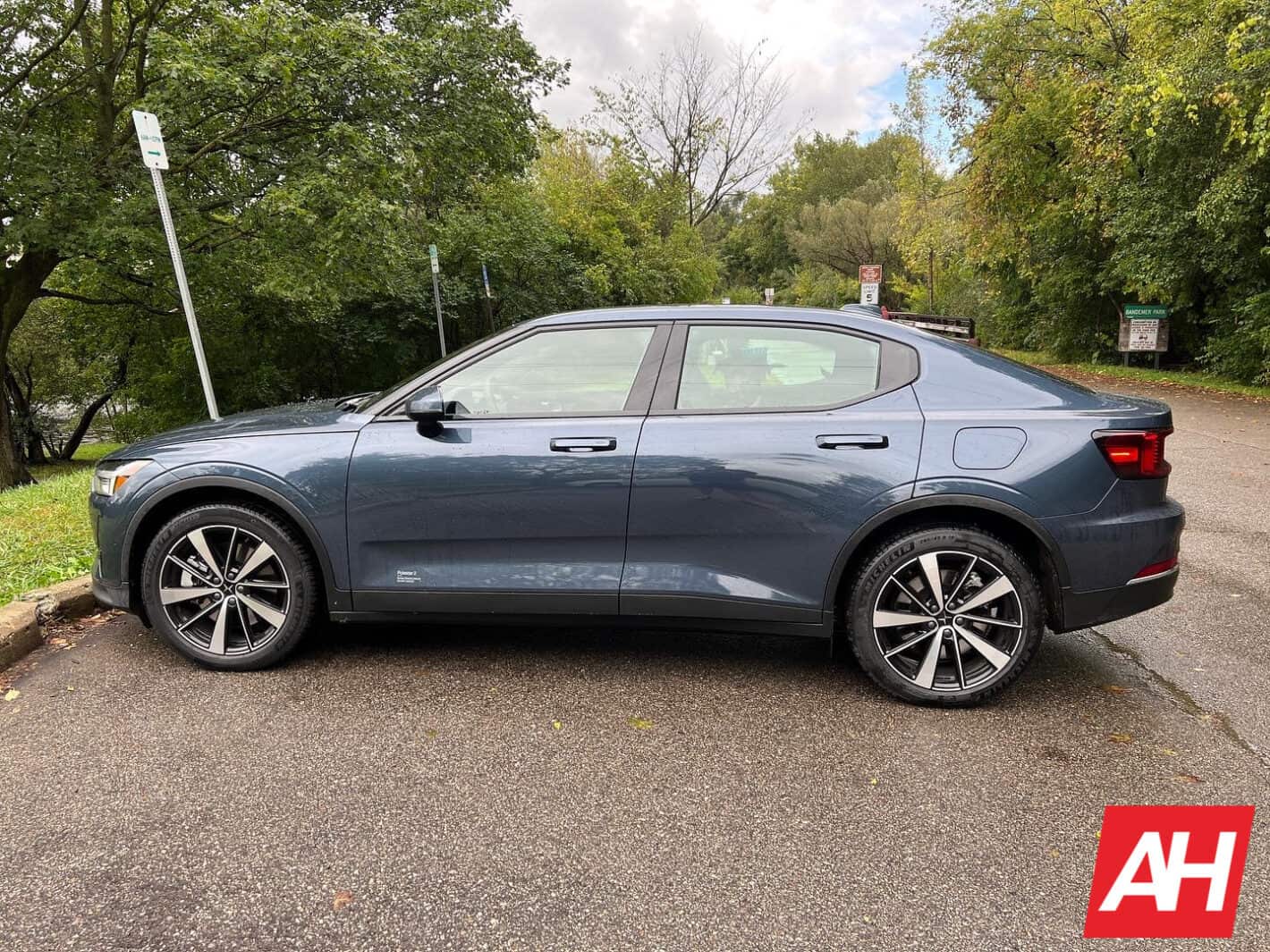 Besides being able to laugh at gas prices by the way, you’ll also save money on maintenance. Electric vehicles require very little maintenance over their lifetime. Basically, just a rotation and a tire change, and that’s it. So with an electric vehicle, you’re essentially paying all those maintenance costs up front with the more expensive car.

Even if you can’t charge at home, an electric vehicle is a good option. I own a Chevy Bolt EV, having traded in my Chevy Trax last year. And my Bolt EV costs a lot less per mile to go, fuel-wise. I did the numbers last month and logged 947.1 miles, spending $66.48 to top up. This came to about $0.07 per mile. Whereas a Chevy Trax at a generous 28 miles per gallon with the national average gas price of $4.97, would cost $0.17 per mile. It’s more than double.

Of course, range anxiety will set in, so you’ll want to download apps like A Better Route Planner (also known as ABRP) or Plugshare that will help you find charging stations to top up. And it’s a good idea to get something like a Volkswagen ID.4, or a Hyundai Ioniq 5, which will charge pretty quickly, and you won’t be at the charging station for very long. The Ioniq 5 can go from 10 to 80% in less than 20 minutes.

The post How to use Android apps to find cheap gas appeared first on Android Headlines.