Train travel in Europe is on the rise, thanks to growing interest from travellers, the revival of sleeper trains and new investment in high-speed rail lines across the continent. But to see significant growth in passenger traffic – which is one of the aims of the European Green Deal – the continent’s railways will have to overcome a number of challenges, including booking difficulties and competition with short-haul flights , which remain the cheapest option on many multi-country routes.

In France and Austria, the pandemic has brought the issue of planes versus trains to the fore. The French government’s COVID bailout of Air France required the airline to eliminate domestic flights when there was a rail option that took less than 2.5 hours to complete; the measure was later enshrined in law.

The Austrian government has imposed a similar condition on its support for Austrian Airlines, requiring the company to end its 50-minute flight from Vienna to Salzburg, a journey passengers can complete by train in around three hours.

The European Commission has also designated 2021 as the ‘Year of European Rail’, seizing the opportunity to raise awareness of rail travel, especially to younger audiences. While passenger traffic grew steadily until 2019, it was starting from a low level: before the pandemic, only 8% of all passenger journeys in the European Union were made by train.

But in addition to the public relations campaign, European leaders are also working to reduce practical barriers to cross-border train travel by introducing new data-sharing systems; replace obsolete infrastructure; and the construction of new high-speed lines, particularly in Central and Eastern Europe.

“The idea is that for train trips under four hours, no business person will choose to fly, and for trips under six hours, normal people – tourists – will take the train “, said Alberto Mazzola, Executive Director of the European Community. Railways and Infrastructure Companies, headquartered in Brussels. Mazzola added that government leaders are putting all their weight behind rail infrastructure, especially high-speed lines. “We heard that 20 years ago,” he added. “The difference today is that we see the investments.”

Also, Read   Kareena Kapoor, Vijay Varma are shooting in 'ice cream Darjeeling'; here's why it's one of the best summer destinations in India

Night trains on the rise

European night trains represent a significant part of the rising rail tide on the continent. Declining since the 1990s, overnight services have suffered alongside the growth of low-cost airlines and increased public investment in high-speed trains, whose faster daytime services have often replaced their high-speed counterparts. slower nights. But this trend was already starting to change before the pandemic, and now the momentum behind overnight trains appears to be building rapidly, with new sleeper routes springing up across the continent.

“It’s true that we have a real revival of night trains in France and Europe,” said Alain Krakovitch, director of travel at SNCF. “This is a very strong demand, both from customers but also from elected officials, mayors and the government.” 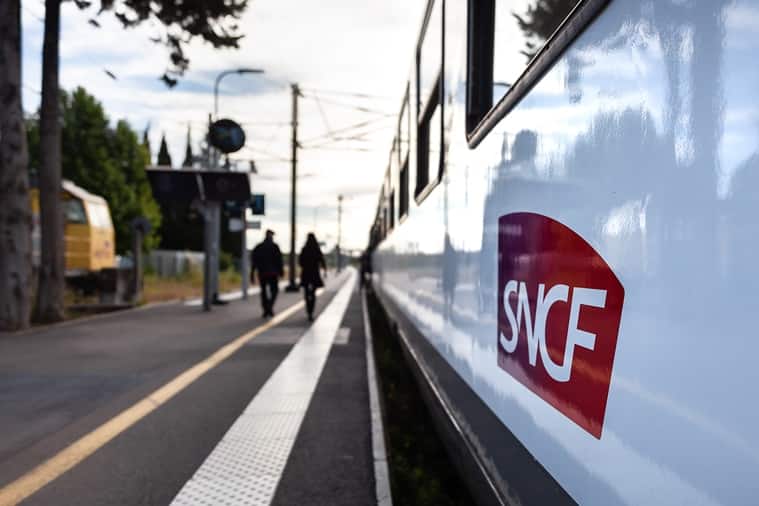 In an undated image provided by SNCF, a train from SNCF, France’s national railway company. (SNCF via The New York Times) Ñ NO SALE; FOR EDITORIAL USE ONLY WITH NYT STORY EUROPE TRAINS BY PAIGE MCCLANAHAN FOR APRIL 5, 2022. ALL OTHER USE PROHIBITED. NOT

So far, Krakovitch said, demand has been strong.

“It’s true that it’s a huge attraction for passengers. The thought of being able to fall asleep in Paris and wake up in Nice saves a hotel night,” Krakovitch said. “It allows you to arrive very early in Nice without being tired. It’s a product that has a lot of advantages, but we had to invest heavily to relaunch it. We hope to continue this momentum. »

Also, Read   Want to immigrate to Australia? Here's a complete guide on how you can get a permanent resident visa

It’s a similar story elsewhere in Europe. Last year, the Swiss Federal Railways launched a new overnight service from Zurich to Amsterdam (with stops in Basel, Switzerland, and Cologne, Germany), adding to the overnight services linking the most major city in Switzerland to Berlin; Budapest, Hungary; Prague; and Zagreb, Croatia; among other destinations. European Sleeper, a Belgian-Dutch company founded by two entrepreneurs, provides an overnight service between Brussels and Prague, with stops in Amsterdam and Berlin, among other cities; they hope to launch the service this summer, but the start date is not yet confirmed.

But while night trains offer new connections to travellers, they only serve specific routes. People looking to make connections between cities that are not connected on these networks continue to face challenges, both in booking their tickets and in the prices they are charged. Some long-distance journeys with several stops are still much cheaper by plane than by train.

The fact remains that, despite European Union support for rail, governments in the bloc continue to provide huge subsidies to airlines – in the form of bailouts as well as low taxes on jet fuel – although that may soon change. And while the French and Austrian bans on short-haul flight bans have attracted attention in Europe, in fact the measures have ended flights on one route – Vienna to Salzburg – in Austria, and three in France: Paris to Bordeaux, Paris to Lyon, and Paris to Nantes. In the French case, passengers are still allowed to use these routes if they are part of a longer air journey.

Herwig Schuster, transport activist for Greenpeace’s EU Mobility for All campaign, called the French and Austrian measures a “starting point” and said the European Union should ban flights for which there is an alternative to the train that takes less than six hours, instead of just two. or three. Such a measure would eliminate around a third of Europe’s most popular short-haul routes, but Schuster argued that consumers are ready for such a change: a recent climate survey found that 62% of Europeans favor a ban on short-haul flights. The biggest hurdle, he added, would be ensuring rail options are at least as affordable as flights.

On several European routes – especially longer journeys that cross multiple national borders – flying remains the cheapest option: a one-way midweek flight from Zurich to Barcelona, ​​Spain, in July costs as little as 45 euros on the low-cost company Vueling, against 140 euros (and many more hours) to travel the same distance by train. Flying is also generally the most affordable option for travel from London to Madrid, Copenhagen to Rome and Paris to Budapest.

The fact that Europe’s vast rail network lacks a single ticketing system presents another challenge, said Mark Smith, who runs The Man in Seat 61, a website with resources for train travel in Britain. Brittany, in Europe and in the world. But he said that in many cases trains are good value for money compared to planes, especially when you factor in baggage fees and travel costs to and from the airport. Booking ahead, like you would for a flight, can also save travelers a lot of money, Smith said, adding that he advises people to book long-distance train travel one to three months in advance. advance to avoid last minute price increases. He also recommends sites like Trainline and Rail Europe for booking multi-country trips in Europe.

KBC winner Sushil Kumar says ‘media exposure irritated him’ after winning Rs 5 crore: ‘They were constantly writing about me’

Subscribe us on In 2011, Sushil Kumar became the first contestant on Kaun Banega Crorepati, hosted by Amitabh Bachchan, to win Rs 5 crore, but soon after, his life took…

Hearts in the air: Lorenzo Insigne receives a warm welcome from the Toronto FC faithful

Neena Gupta sets travel goals while taking solo trips to Italy and Greece; she takes a look at his posts

Taapsee Pannu’s stay in France is giving us great wanderlust! look at their photos

Traveling to Europe during the summer? consider this

PM Modi will visit Gujarat’s Pavagadh today: Know all about the historical destination in West India

From Covid to war: Will traveling be more expensive?