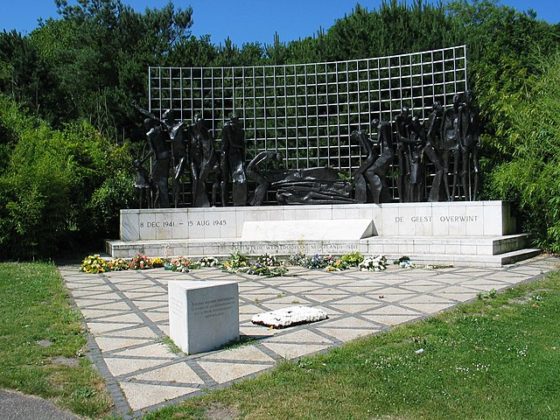 The monument in The Hague. Photo: H. de Vegt via Wikimedia Commons

The Netherlands will commemorate all the victims of the Japanese occupation of the Dutch East Indies on Monday night, the date World War II officially ended in the kingdom.

August 15, 1945 was a “turning point in Dutch history”, say the event organizers, and “to this day, the war in Asia still affects many people, families and our community in general”.

As a consequence of the war, around two million people with roots in the former Dutch Indies now live in the Netherlands, but many of them now have increasing difficulties with the commemorations, arguing that they do not focus enough on the colonial aspects of the Netherlands. the war and the Dutch role in Indonesia.

They also want to end the military aspects of the official commemorations at the Indisch Monument in The Hague, Volkskrant reported over the weekend. The event includes representatives of the armed forces, as well as symbols of the Dutch occupation of the islands, including a regimental flag.

“I don’t dare to stand next to the flag anymore,” theater producer Bo Tarenskeen told the Volkskrant. “Dutch Indonesia was a violent and racist society in which Indo-Europeans suffered discrimination,” he said. That is also part of the trauma.

Thom de Graaf, who chairs the committee organizing the commemorations, told the newspaper that the role of the Dutch military is being downplayed and that the Indonesian ambassador also has a larger role in the wreath-laying part of the ceremony.

“By giving it a bigger role, we are showing that we are not only remembering the European victims,” ​​he said.

In 2020, the monument was painted in red paint just one day before the annual commemoration ceremony. letters reading kami belum magnifying glass or ‘we have not forgotten’ were painted on the front of the monument, as was the date 08/17/45, the date Indonesia declared its independence from the Netherlands.

The Netherlands did not recognize the country’s independence until December 27, 1949.

In February, Prime Minister Mark Rutte offered “profound apologies” for the “systematic and widespread extreme violence” used by the Dutch armed forces in their attempts to quell Indonesia’s struggle for independence between the end of the war and 1949.

He also apologized to the people of Indonesia on behalf of their current government, which ‘previous governments always looked the other way’.

The apology is seen as the first acknowledgment by the Dutch state of its full responsibility for war crimes between 1945 and 1949, and follows the publication of the initial findings of a four-year investigative project.

The official commemoration ceremony has also been delayed until later this year and will be broadcast live on television.

Amsterdam and Rotterdam are holding their own demilitarized commemorations.

Subscribe us on The Commission on Monday said the emergency procurement adds to the 334,000 vaccines already purchased by the bloc, reports Xinhua news agency. The purchase was funded by…

Record number of pupils in Luxembourg as school returns