DIRECTV Stream has a very good sale going on right now, where you can save $15 a month for your first two months with the service. This means it will start at $54.99 per month instead of $69.99. After the second month, it will return to the normal price. This is a limited-time deal, and it’s unclear how long it will last.

If you want to cut the cord while enjoying regional sports, then DIRECTV Stream is the way to go. It’s the only live streaming TV service at present that has Bally Sports’ RSNs, although that may be short-lived. Which also explains why it is more expensive than most other services out there.

This offer is available for all four DIRECTV Stream packages. As you can see below, all are $15 off for the first two months. The Choice package will be the best bet for everyone, as it includes the regional sports networks included in this price. It also has over 90 channels. Now, if you need a bit more, there’s Ultimate with 130 channels for $105 a month normally. And there’s Premier with over 140 channels for $149, normally. 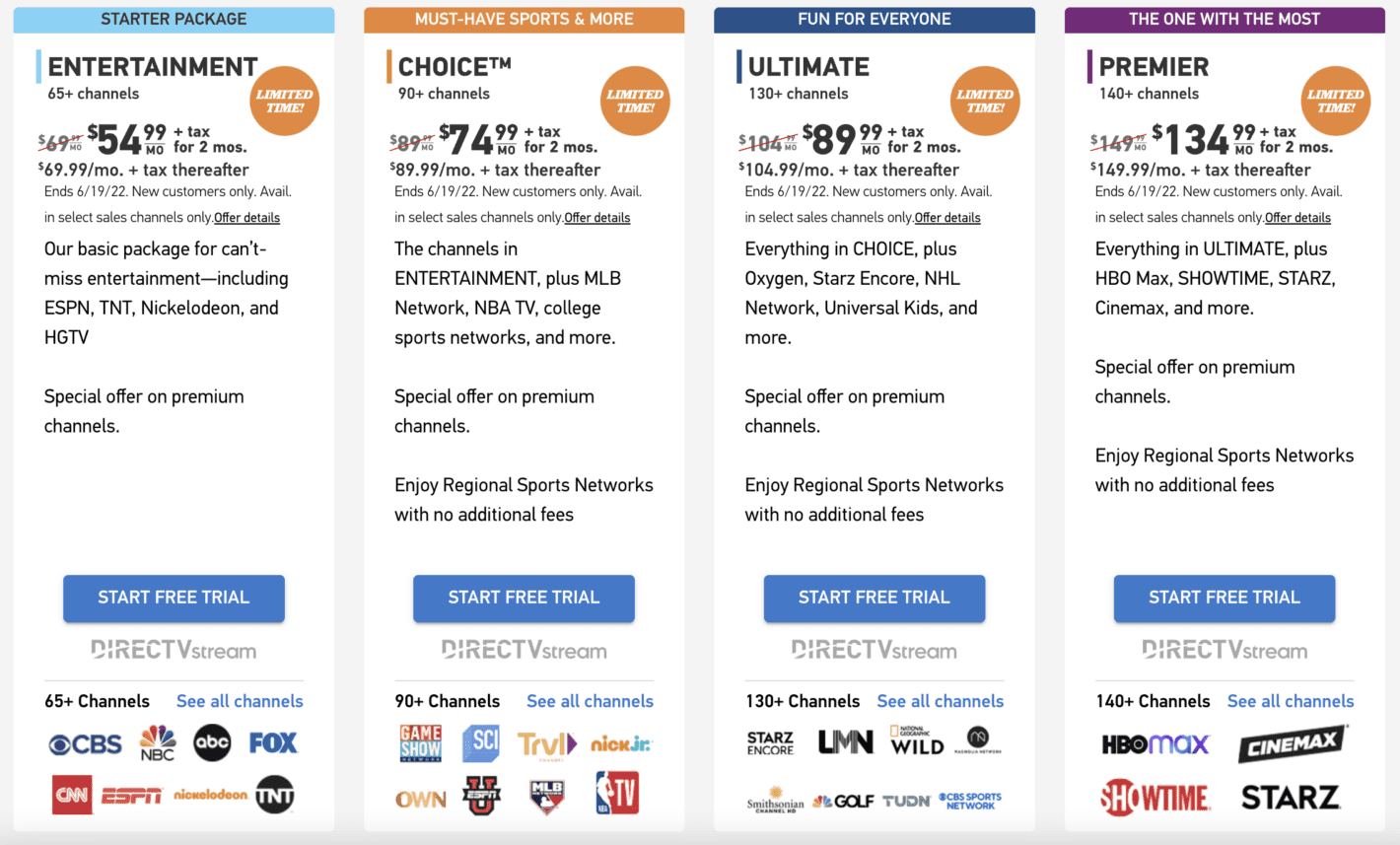 It should also be noted that DIRECTV Stream recently launched unlimited cloud DVR for each customer. So you can record everything, just like you would with YouTube TV. Which is a very nice addition to have here.

DIRECTV Stream is the most expensive live streaming TV service, but it’s also one of the best out there. Not only because it has regional sports, but it has the most channels. Not only the most channels, but the most channels people want to watch. And with its premier package, you get HBO MAX, Cinemax, STARZ, and SHOWTIME included, which is definitely a big deal.

You can sign up for DIRECTV Stream by clicking here. No promo code is needed, just click the “Start Free Trial” button and you’ll be on your way.

Save $15/month on your first two months of DIRECTV streaming! appeared first on Android Headlines.