The “Mac” was the first commercially successful personal computer using a graphical user interface and a mouse. 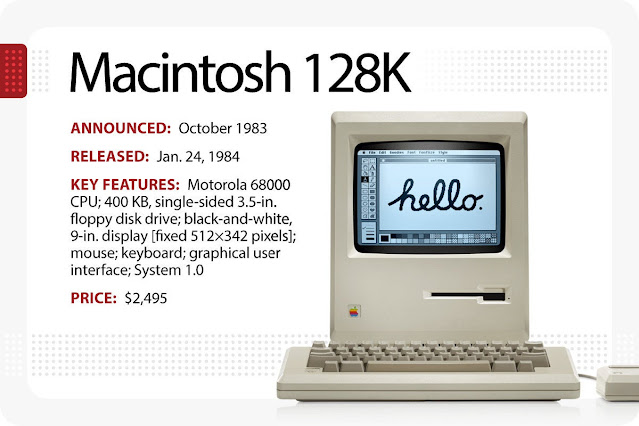 The Macintosh (branded as Mac since 1997) is a series of personal computers (PCs) designed, developed, and marketed by Apple Inc. Steve Jobs introduced the original Macintosh computer on January 24, 1984.

This was the first mass-market personal computer featuring an integral graphical user interface and mouse. This first model was later renamed to “Macintosh 128K” for uniqueness amongst a populous family of subsequently updated models which are also based on Apple’s same proprietary architecture. Since 1998, Apple has largely phased out the Macintosh name in favor of “Mac”, though the product family has been nicknamed “Mac” or “the Mac” since the development of the first model. 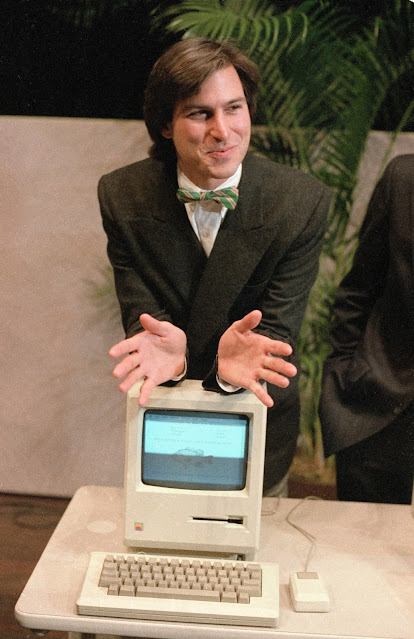 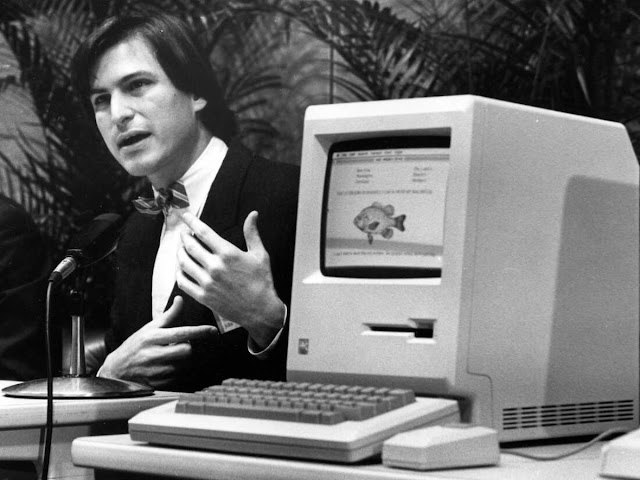 In 1982 Regis McKenna was brought in to shape the marketing and launch of the Macintosh. Later the Regis McKenna team grew to include Jane Anderson, Katie Cadigan and Andy Cunningham, who eventually led the Apple account for the agency. Cunningham and Anderson were the primary authors of the Macintosh launch plan. The launch of the Macintosh pioneered many different tactics that are used today in launching technology products, including the “multiple exclusive,” event marketing, creating a mystique about a product and giving an inside look into a product’s creation.

After the Lisa’s announcement, John Dvorak discussed rumors of a mysterious “MacIntosh” project at Apple in February 1983. The company announced the Macintosh 128K—manufactured at an Apple factory in Fremont, California—in October 1983, followed by an 18-page brochure included with various magazines in December. The Macintosh was introduced by a US$1.5 million Ridley Scott television commercial, “1984”. It aired during the third quarter of Super Bowl XVIII on January 22, 1984, and is now considered a “watershed event” and a “masterpiece”. McKenna called the ad “more successful than the Mac itself.”

Two days after “1984” aired, the Macintosh went on sale, and came bundled with two applications designed to show off its interface: MacWrite and MacPaint. It was first demonstrated by Steve Jobs in the first of his famous Mac keynote speeches, and though the Mac garnered an immediate, enthusiastic following, some labeled it a mere “toy.” Because the operating system was designed largely for the GUI, existing text-mode and command-driven applications had to be redesigned and the programming code rewritten. This was a time-consuming task that many software developers chose not to undertake, and could be regarded as a reason for an initial lack of software for the new system. 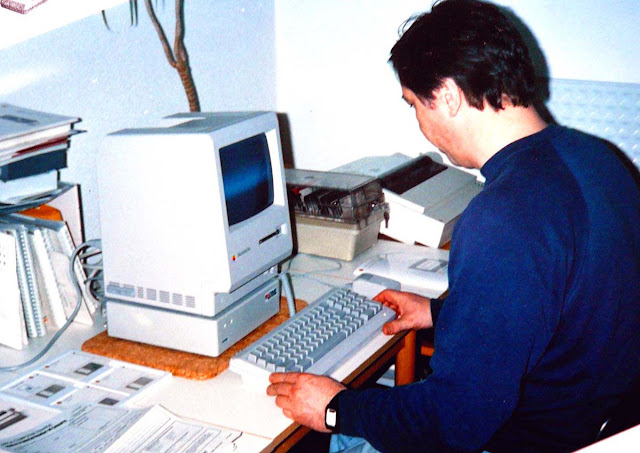 Subscribe us on NORTH DAKOTA (KXNET) — The massive climate change and clean energy tax bill has been signed by the president. The White House says the Inflation Reduction Act…