We are a company obsessed with numbers, and no more than in the management of our health.

We use smartwatches to count steps and track our daily activity, creating scores for our aptitudeand monitoring our heart rate and sleep quality to measure our health and well-being.

Doctors can be just as obsessed with numbers, relying on measurements and equations to create scores for our health, one of the most popular of which is body mass index (BMI).

But BMI, a measure of the relationship between your weight and your height, is coming under increasing scrutiny. More and more experts are questioning its accuracy and the fixation of health practitioners on its use as a single indicator of health and healthy weight.

Here’s everything you need to know about BMI and why using it as your sole measure of your health is nonsense, starting with a quick history lesson.

Where does BMI come from and why is it associated with health?

The concept of BMI was developed in 1832 (yes, almost 200 years ago!) by Belgian statistician Lambert Adolphe Quetelet, who was called upon to create a description of the “average man” to help the government estimate the number of obesity in the general population.

Fast forward 100 years to the United States, where life insurance companies had begun comparing people’s weight to an average population weight for similar individuals in order to calculate insurance premiums based on a predicted risk of death.

Annoyed by this somewhat unscientific approach, American physiologist Ancel Keys conducted research on 7,000 healthy men using the Quetelet measure, finding this method to be a more accurate and simple predictor of health that was also cheap.

Its use quickly spread and today BMI can be found everywhere, from the doctor’s office to the gym.

How is BMI measured and what do the scores mean?

The BMI formula is simple and easy to calculate with the many free BMI calculators available online.

Its use quickly spread and today, BMI can be found everywhere, from the doctor’s office to the gym (Source: Getty Images/Thinkstock)

take your weight in kilograms

to get your index, divide your weight by the square of your height in meters.

Your result puts you in one of four categories describing your body weight in one word:

So is BMI an accurate measure of health?

Although BMI is an accessible and affordable way to screen a person’s health, it should not be relied upon as a sole measure of health.

BMI is based on body weight, but a person’s risk of disease is related to body fat, not weight.

Although body weight can be a proxy for body fat, there’s one important reason it doesn’t always tell an accurate story: muscle is much denser than fat.

Because BMI calculators cannot differentiate fat from muscle, people can easily be misclassified. At the extreme, the BMI has classified athletes in peak physical condition, such as sprinter Usain Bolt, as nearly overweight, and American footballer Tom Brady as obese.

Also, Read   World Air Quality Report: 35 Indian cities in the top 50 of the list of the most polluted cities in the world; here's how to fight air pollution

Numerous studies have shown that people with the same BMI can have very different disease risk profiles, mainly depending on where fat is distributed in their body. This is because not all fats are created equal. 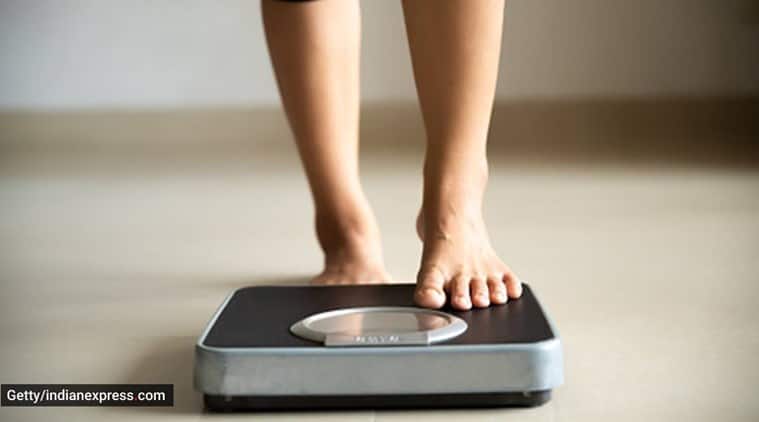 While BMI can be a useful starting point for understanding your health, it should never be the only measurement you use (Source: Getty Images/Thinkstock)

BMI is something none of us like – racist and sexist.

When Quetelet created and Keys validated the BMI, they studied predominantly male middle-aged Anglo-Saxon populations. Their method prevails, even though BMI calculations and classifications are now universally used.

Our bodies, by nature, have distinct characteristics related to our sex, including the fact that women generally have less muscle mass and more fat mass than men. We also know that muscle mass decreases and shifts around the body as we age.

Research has also confirmed significant differences in body weight, composition, and disease risk based on ethnicity. This includes findings from the early 2000s that found on measures of optimal health, people of Asian descent should have lower BMIs, and people of Polynesian descent could be healthier with higher BMIs. .

So what should we use instead?

To be clear: weight and health are linked, with countless studies showing that people who are obese or Overweight have an increased risk of disease.

But while BMI can be used as a screening tool, it shouldn’t be the only tool relied on to assess a person’s health and healthy weight.
Instead, we need to focus on metrics that tell us more about fat in the body and where it is distributed, measuring weight circumference, waist-hip ratios and body fat to better understand health and risk.

We also need to consider the many other ways to measure your health and the likelihood of disease, including levels of triglycerides (a type of fat found in your blood), blood pressure, blood glucose (sugar), heart rate, the presence of inflammation and stress levels.

As a single measure, BMI is not a good measure of health – it lacks precision and clarity, and in its current form it does not measure the many important factors that influence your risk of sickness.

Although BMI can be a useful starting point for understanding your health, it should never be the only measurement you use.

How Diabetes Can Be Treated Using Technology

Beat sugar cravings with these effective diet and lifestyle tips

Monkeypox and Covid-19: an expert shares his differences

Summer health: Does dehydration change the color of urine?

Contraception: what to expect if you decide to stop it

Why You Shouldn’t Ignore Symptoms Like Bloating, Constipation, Heartburn

From color test to peripheral vision: mandatory eye tests for those over 30

Everything you need to know about migraine attacks and their triggers