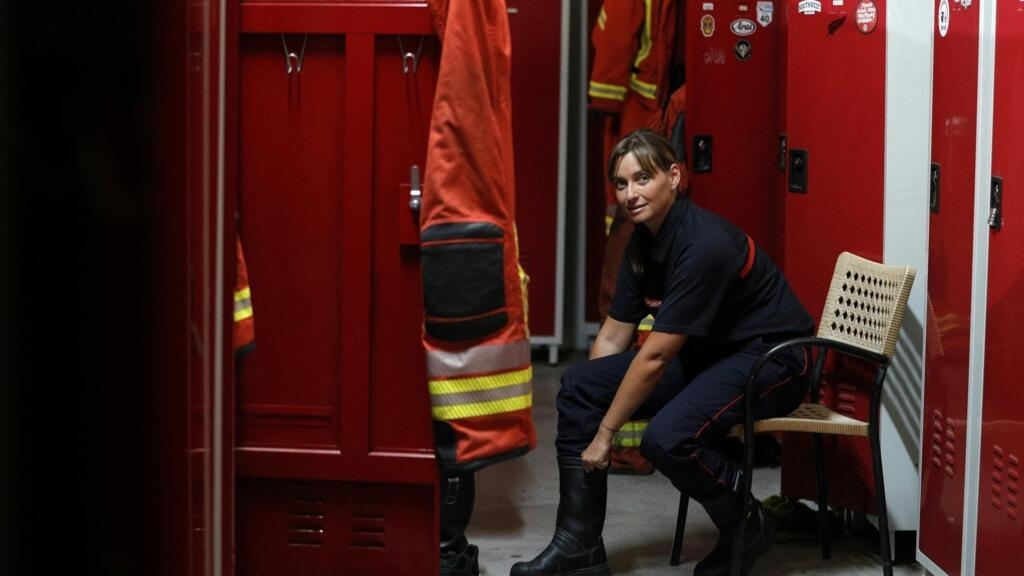 Volunteer firefighters have been called to their daily jobs across France this summer to help fight wildfires.

“This is the first year that we have been called so much to help outside” our region, said Victorien Pottier, 23.

Volunteer firefighters make up more than three-quarters of the country’s nearly 252,000 firefighters, according to official figures.

They have been on the front lines putting out the flames this summer as the country grapples with a historic drought and a series of heat waves that experts say are being fueled by climate change.

These have included a major fire in the southwestern Gironde region, which broke out in July and destroyed 14,000 hectares before being contained.

But it continued to smolder in tinder-dry pine forests and peat-rich soil, and flared again this week, burning another 7,400 hectares.

When not on duty once every five weeks in northwestern France, Pottier works order picking for a large dairy manufacturer.

In the southwest of the country, Alisson Mendes, 36, a sales assistant for a major supermarket group, said she went to help fight the massive fire in Gironde for two days.

She said she would be ready to come back, but thought her chances were slim as she had heard there was a long waiting list of other volunteers hoping to come and help.

“They give priority to those who have never been,” he said.

French Interior Minister Gerald Darmanin on Wednesday called on private companies to release their volunteer firefighters so they can come help.

Big companies, including national gas and electricity providers, said on Friday they would do what they could.

So did Pottier’s Dairy Company.

At first, I wasn’t too keen on him volunteering his time, says Pottier, who has been on call to fight fires for more than 3 1/2 years.

“But then they saw what was in it for them,” he said.

“We are good at detecting risk situations within the company, which helps to prevent accidents at work.”

Each company decides how many days it can release those employees in an emergency through an agreement they sign with local firefighting and rescue services.

But Samuel Mathis, general secretary of the volunteer firefighters’ union, says smaller companies can’t afford to let go of their staff so easily.

The government “tells companies to release volunteers,” he said.

“But I don’t see how a trader with only two or three employees can reasonably do without them, especially in August,” he said.

At the end of 2020, France had 197,100 volunteer firefighters, according to official figures.

That compares with just 41,800 firefighters and professional women and 13,000 paramilitary police trained to help.

But when they rush to help douse the flames, volunteer firefighters aren’t paid like their peers.

Instead, they only receive compensation of just 8 euros ($8) per hour of work, less than the national minimum wage.

Mathis, of the volunteer firefighters union, said it was very little.

It is an issue that will need to be addressed as France seeks to recruit more volunteers.

The president of the National Federation of Firefighters, Gregory Allione, says a massive recruitment drive is needed to find 50,000 people to fight the flames on a volunteer basis by 2027.

Volunteers typically sign up for a five-year term that can be extended afterward. In the past, people stayed around 11-12 years.

The main reasons are “work, school, family”. “There are more and more women, but many times women stop after having a child,” said the 34-year-old, who has been a volunteer firefighter since he was 16.

Mendes, who comes from Correze in southwestern France, says “many stay two or three years and leave because they didn’t realize there were so many limitations.” “You are not appreciated, you are psychologically exhausted.”

Volunteer firefighters have to find a balance between their professional lives, their families and volunteering on a daily basis.

Aurelie Ponzevera is a 39-year-old social worker in Corsica and has been a volunteer firefighter for about 10 years. Lack of sleep and lack of time are her biggest limitations.

She manages to find a balance by coordinating the care of her three-year-old daughter with her partner, who is a professional firefighter.

“It’s constant organization and anticipation. We know that when one is on call, the other isn’t,” he says.

“Sometimes it’s very difficult emotionally, but we have to get over it and continue. But that’s part of the package with this constant adrenaline rush, that’s part of what draws us in,” says Ponzevera.

Subscribe us on “We will not fail to use all the means to defend our country’s rights and interests against Greece, when necessary,” Erdogan said at a press conference after…

Rise in home loan interest beyond 9.5 % likely to have high impact on housing sales: Survey